Made with locally produced milk enriched with cream, ripened for several months in cool, humid cellars, Le Poya brings together all the qualities, know-how and tradition of a regional cheese with character.

The organoleptic qualities of the product are now acknowledged worldwide. Le Poya earned the distinction of “Saveur de l’Année 2012”, the “Flavour of the Year” award decided by French consumers after a nationwide taste test.

“Poya” literally means “ascent”. The name is a reference to the annual spring transhumance, or ascent to high Alpine pastures, of cow herds in region of Fribourg, where this exceptional cheese is handcrafted all year long. The best wheels are ripened for up to 9 months and are sold as part of our Cave-Aged range. 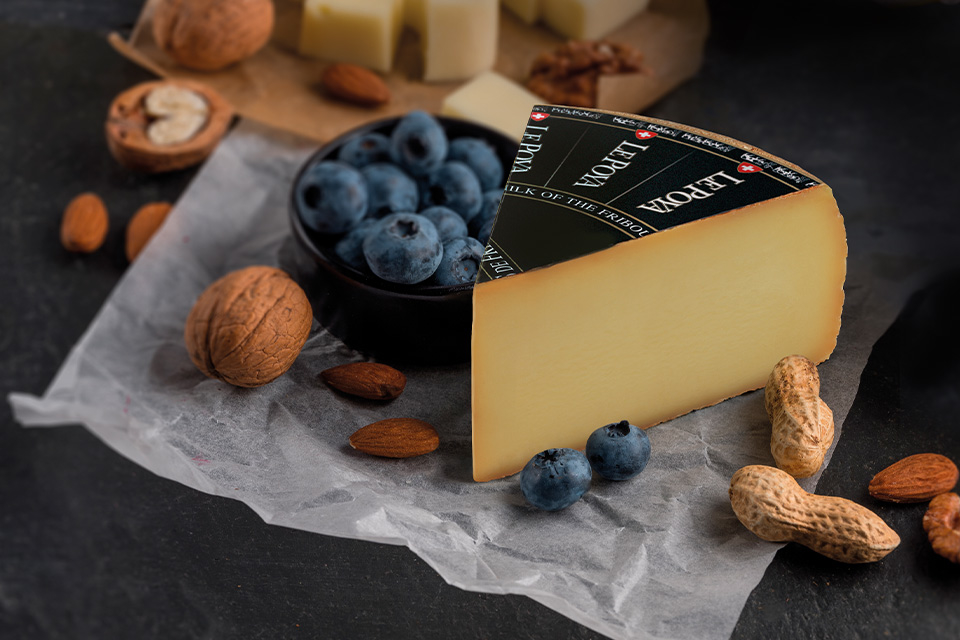