The pale and creamy Emmentaler AOP is the most iconic of all Swiss cheeses, characterized by its mild flavour and cherry-sized holes. Our world-famous cheese with holes takes its name from the eponymous valley in the heart of Switzerland, the Emmen Valley. The first Emmentaler cheese was produced in Alpine pastures in the 13th century for the farmers’ own consumption and as a means of preserving milk.

Today, Emmentaler AOP is still produced according to the original recipe of that time. Production is controlled by the consortium, whose mission is to ensure that each wheel is produced according to the rules governing the AOP label. The producers of the milk used to make this cheese must therefore adhere to strict specifications. The cheese dairies are also selected and granted the right to produce a limited number of wheels of cheese per year. Currently only 135 artisanal cheese dairies are allowed to produce Emmentaler AOP.

Each cheese wheel is made from unpasteurised milk produced in the region of origin by cows fed on grass and hay but no silage. Wheels are round, slightly domed, approximately 1 metre in diameter and between 18 and 27 cm thick, with an average weight of 95 kg.

Our Emmentaler AOP classic is matured for at least 4 months in cellars located in the area of origin.

A wheel of Emmentaler AOP cheese contains between 1000 and 2000 holes.  These are formed naturally during the ripening process. The gas produced during fermentation remains trapped in the paste. This gas, together with the bacteria that produce it, give the cheese its characteristic taste.

Our Emmentaler AOP is made using fresh milk delivered straight to the cheese dairy immediately after milking. Additives are prohibited as are genetically modified ingredients. 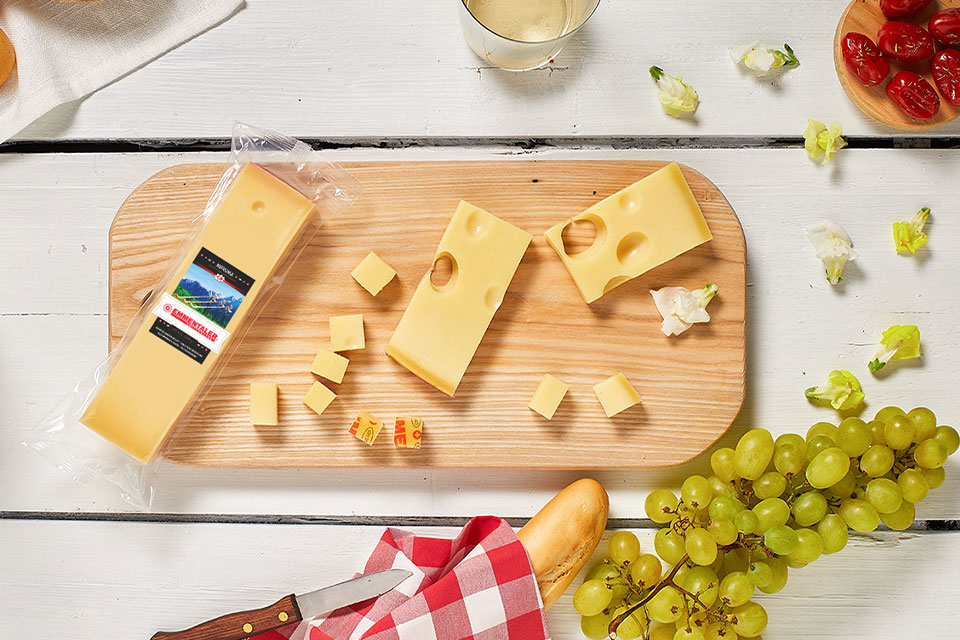 After 4 months’ maturing in the cheesemaker’s cellar, Mifroma takes the best Emmentaler AOP wheels from its selected suppliers to its own natural cave in Reichenbach, where they continue to mature to 12 months.

After this second maturation period, the wheels develop a distinctly tangy flavour while still retaining the typical nutty taste.

Emmentaler AOP Organic is made only with organic milk produced no further than 20 km from the dairies where it is crafted.

The cheese is made in a traditional copper kettle used specifically for organic cheese production.

The AOP Consortium makes regular checks to ensure that all conditions for the production of this rare cheese are met. Only a few cheesemakers have obtained this organic certification and Mifroma selected the best as its partners to bring this exclusive, delicious cheese to your corner of the world. 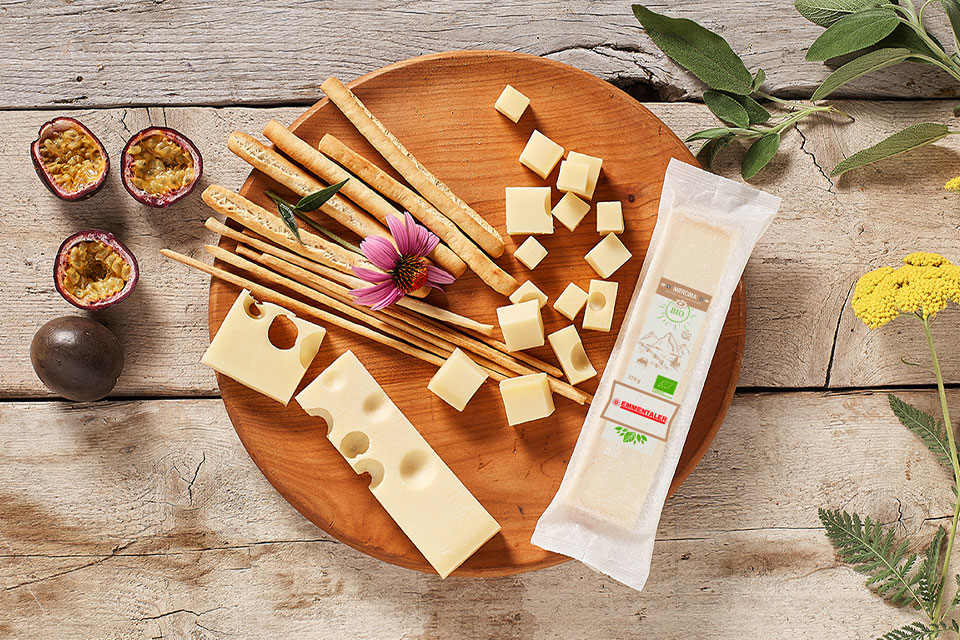 Mifroma uses cookies to improve and personalise your navigation experience. If you decide to continue, you consent to our use of cookies.